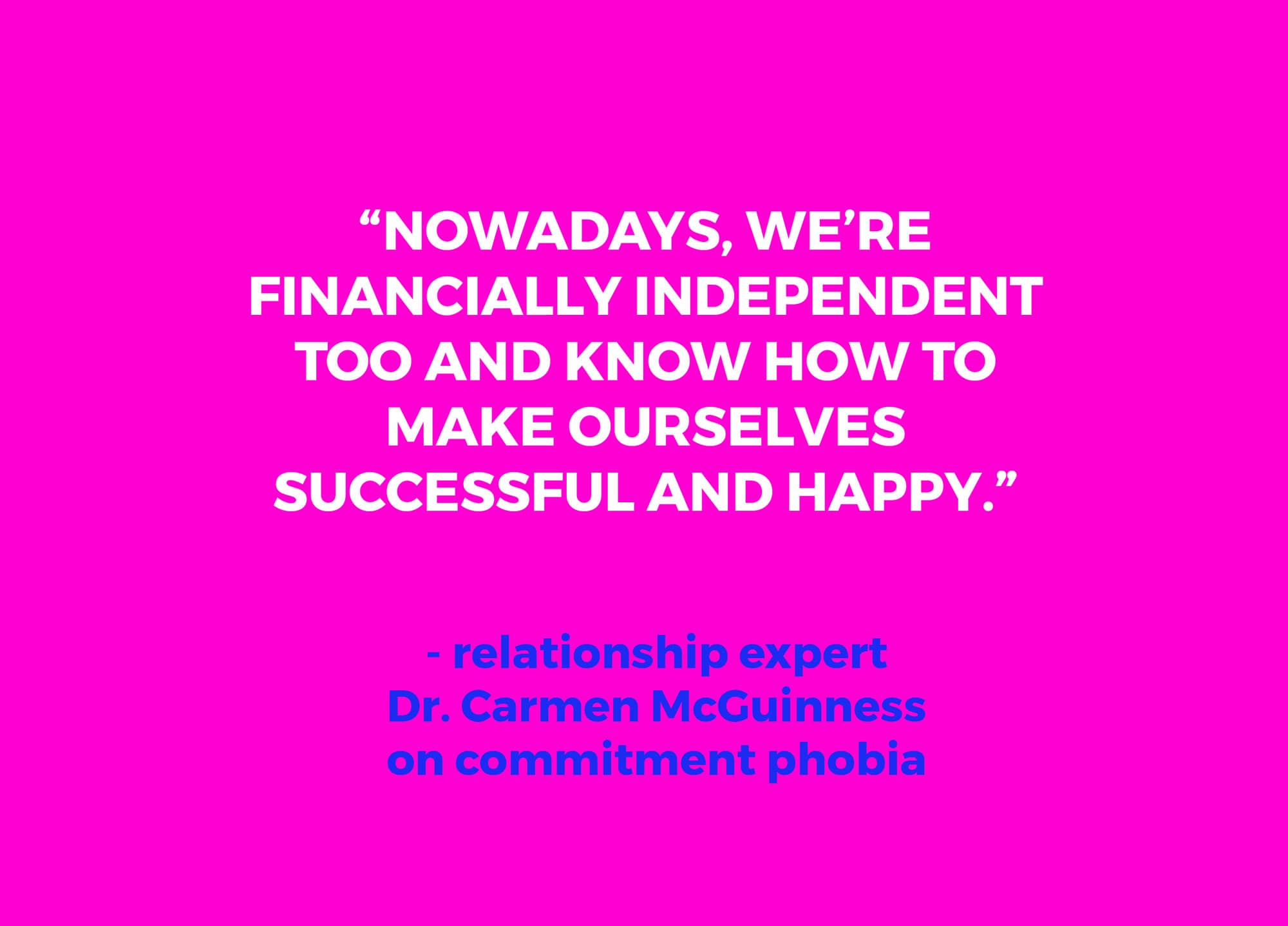 We keep putting men and women in boxes like this: Men want to put off commitment and have sex with everything for as long as possible and women are thirsty for marriage and babies. BRUH. This assumption is played. Where are all my ladies who fear TF out of commitment? Like ME?! And all the guys who can’t wait to have a family? I’M SAYING. Men can feel like women and vice versa, which I know you all know, but we forget this in our daily lives. I, for one, am pumped to have a family, but I also definitely fear commitment. In general, though, the latter is something that’s always associated with men.

Read: Quit Judging Women Who Are in Affairs

Take the movies for example. Have you guys seen Knock Knock with Keanu Reeves? Two young girls show up at a married man’s house and seduce him to cheat (not that it’s hard). How would this story play out if two young guys showed up on a married woman’s doorstep though? That movie prob wouldn’t even be made and that’s my point.

I always hear my single girlfriends complaining about guys who can’t decide what they want, or disappear on them, give mixed signals, show no signs of getting serious, etc. Meanwhile I’m sitting there nodding, reflecting on how I do the same. exact. shit.

We need to give guys a break but also realize women do the same stuff.

But that’s part of the problem. Where are the male voices?

Read: Why So Many Millennial Women Are Single, Explained By a Dude

And if you’re a woman (or a man) who feels like a commitment-phobe but you know you want to settle down one day (like I do), it’s all good. Relationship expert Dr. Carmen McGuinness explains why it’s normal at this stage of life, especially for millennials:

“I think some of this is developmental phase in adulthood. In our twenties, we’re really just coming out of that tribal phase where we’re looking at somebody in the tribe [we] should land with. At that age, we just start to think about: Do I really want to have kids? Do I want to land with somebody? Nowadays, we’re financially independent too and know how to make ourself successful and happy.”

And there’s reason why settling down feels scary and so far away:

“It’s a big decision because that whole having-a-baby-and-landing-one-person kind of go together. I think unfortunately, we’re kind of stuck with high numbers of divorces because, is it really the best plan?”

So men, don’t assume women wanted to settle down yesterday. And ladies, don’t think it’s just guys who are fuckboys. Women can be fuckboys (or fuckgirls?) too because maybe we also don’t know what we want.

« What Happens When Professional Athletes Lose Their Hot Bodies?
What Happened to Masculinity? This Is Us, GoT Stars & More Weigh in »