I imagine that having the masses drool over your six pack is fun and flattering and all… until it’s not. Tons of actors have built their careers and brands from their banging bodies–Taylor Lautner, Zac Efron, and Channing Tatum are a few. But does the slow-motion t-shirt strip ever get old for these guys? When they’re expected to take it off for nearly every damn project, is it an ego boost or an annoyance?

I asked Taylor Lautner for his thoughts.

Because let’s be honest, between Twilight, Magic Mike, every Zac Efron movie this end of the Milky Way, audiences are basically counting down until the inevitable shirt strip. Sometimes it’s even cheesy, and that’s coming from me, guys–a renowned thirst queen. But if you’re trying to build an acting career and often get asked to take off your shirt or about taking off your shirt, I think you’d feel more like a piece of meat than an actor. Exhibit A:

So here’s what Taylor had to say:

Not only does he hate it, but he even asked to keep his shirt on in Scream Queens.

“Filming Scream Queens… I’ve been able to avoid it quite a bit. I think I remember, I told one of the producers, I was like, ‘I don’t need to be shirtless. Like I don’t need to be naked all the time. So just keep that in the back of your head. You can give that stuff to Stamos.'”

“I think it’s 90-percent the fact that I have so much of it in my life that I want to do something different now. If it makes sense, great. If it feels forced just because we have to find a shirtless scene for Taylor to do.”

I’m really into this. In any profession, adoration of body over brains, work, and talent could get really old really quickly. No exceptions, even for this guy.

PS–Why am I so GD cheesy? 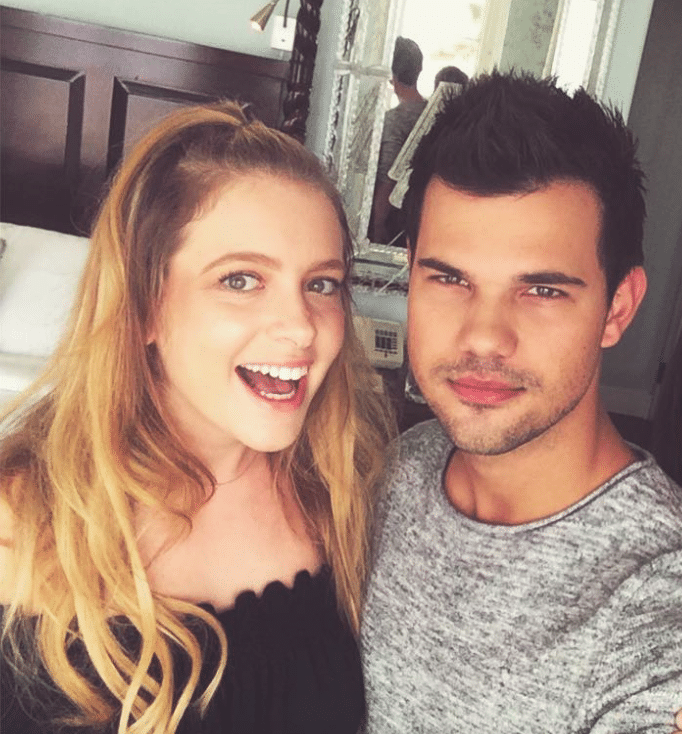 « Haley Lu Richardson & Brett Dier on Why Actors Date Each Other
Would You Date Someone in the Military? »