We can sit here and talk about relationships and the fuckery of millennial dating all day long. And before it was brought to my attention, I never really considered the relationship challenges and dynamics for those who are in the military–namely, how they’re different from the average relationship. I recently wrote a post Where Have All the Cowboys Gone?, calling out the fact that traditional masculinity is slipping away and also acknowledging the total shift between men and women in the current dating climate. That’s a damn mouthful if I ever saw one.

And I got a ton of really interesting feedback, especially from guys (most agreed, supplemented the piece with further points from the male POV, and also told me how women and their standards have changed from what would probably be considered more traditional). All of that, I’ll absolutely elaborate on more soon. But in the meantime, an old friend Ben from high school, who served as a Corporal in the Marines for four years, reached me with his point of view:

I’ve been thinking about it a lot ever since. He explained that men in the military are molded to have a tough exterior–a little bit more in the vein of the ideal cowboy I was talking about in my earlier piece. But there’s an interesting dichotomy here: Because they go through and see so much, they want to be taken care of too. Plus, we think we have it rough with maintaining a relationship. Just imagine the physical, mental, and emotional strains these guys and their partners endure.

Military men make up a whole other beast, one that challenges the idea of the average millennial guy.

To get a better idea of what it’s like for them, here’s a little bit of my candid conversation with Ben about it all, where I ask him questions we all may be thinking, as well as address cliches and stereotypes of military relationships.

Ben’s thoughts on why men suppress emotions in the military: 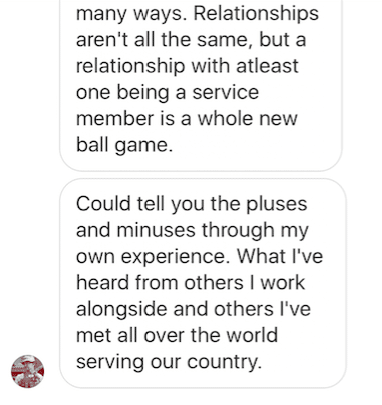 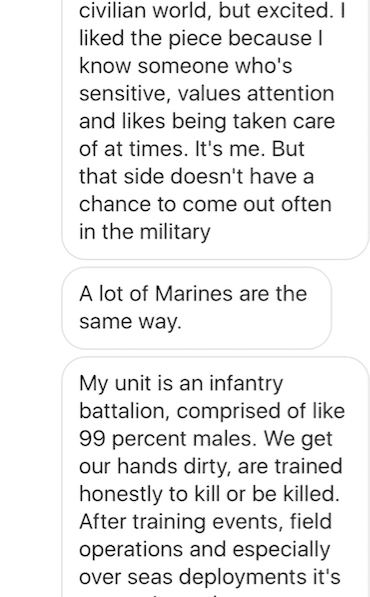 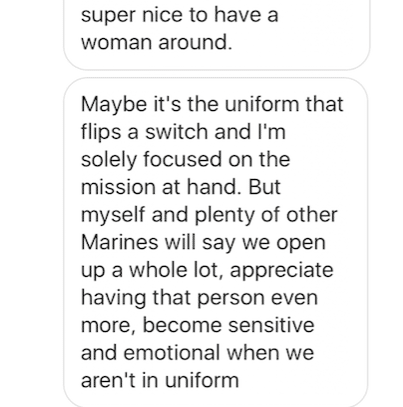 On why people in the military settle down so young and quickly (because let’s be honest): 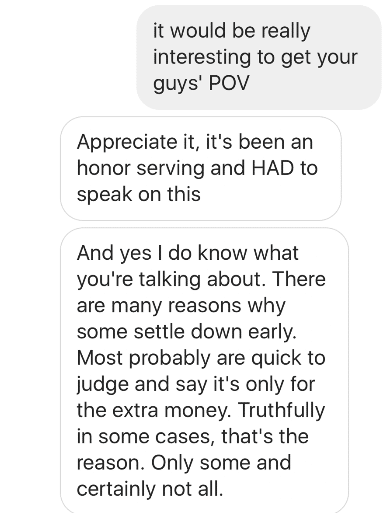 On getting attached quicker: 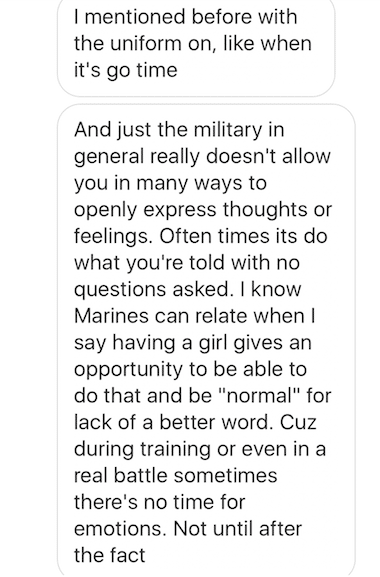 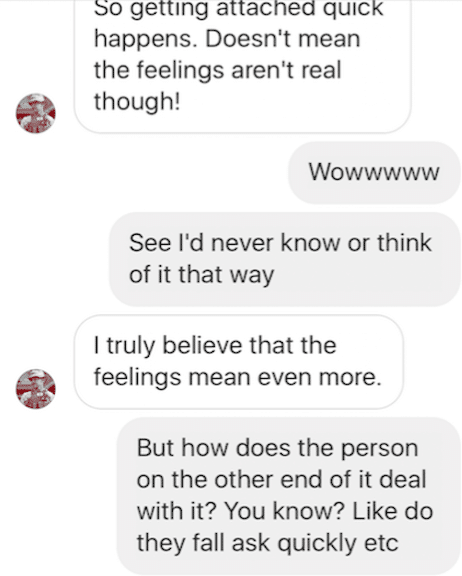 On how significant others deal with it all: 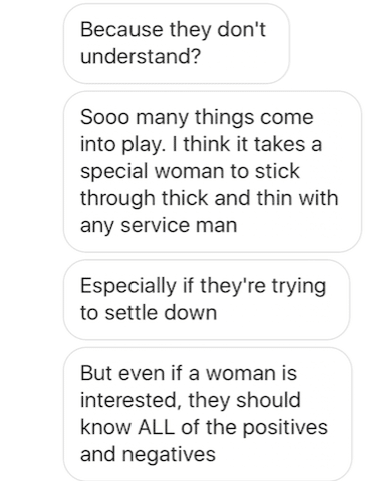 I end my conversation with Ben admitting that I feel way too selfish to date someone who’s serving the country. Ironic, I know, seeing as how they’re the most selfless people. But when I’m in a relationship, I struggle being away for that person for a few weeks, nevermind the huge chunks of uncertain time these men and women are away for. Both parties have to be incredibly selfless and patient. I honestly don’t know that I’m either.

Ben also pointed out that those in the military are used to putting their lives on the line, and would also do so for a partner–perhaps causing them to love even harder. But I wonder: Is that a sacrifice I’d be willing to make, even for more meaningful and intense moments together?

Hearing Ben’s raw point of view also makes me understand these couples and individuals a little bit better, mostly allowing me to feel major sympathy for relationships I’d previously judged–either thinking they settled too young or were doing it for financial benefits.

I also realize men–in the military or not–want to be taken care of too. Honestly, I find it sexy (even with all my cowboy talk). Being taken care of and taking care of them, in my opinion, allows us to fully embrace a beautiful part of womanhood.

After reading Ben’s thoughts, what do you think? Would you have it in you to be with someone in the military? Why would you be reluctant? Or willing?

AND huge thanks to this guy. ?