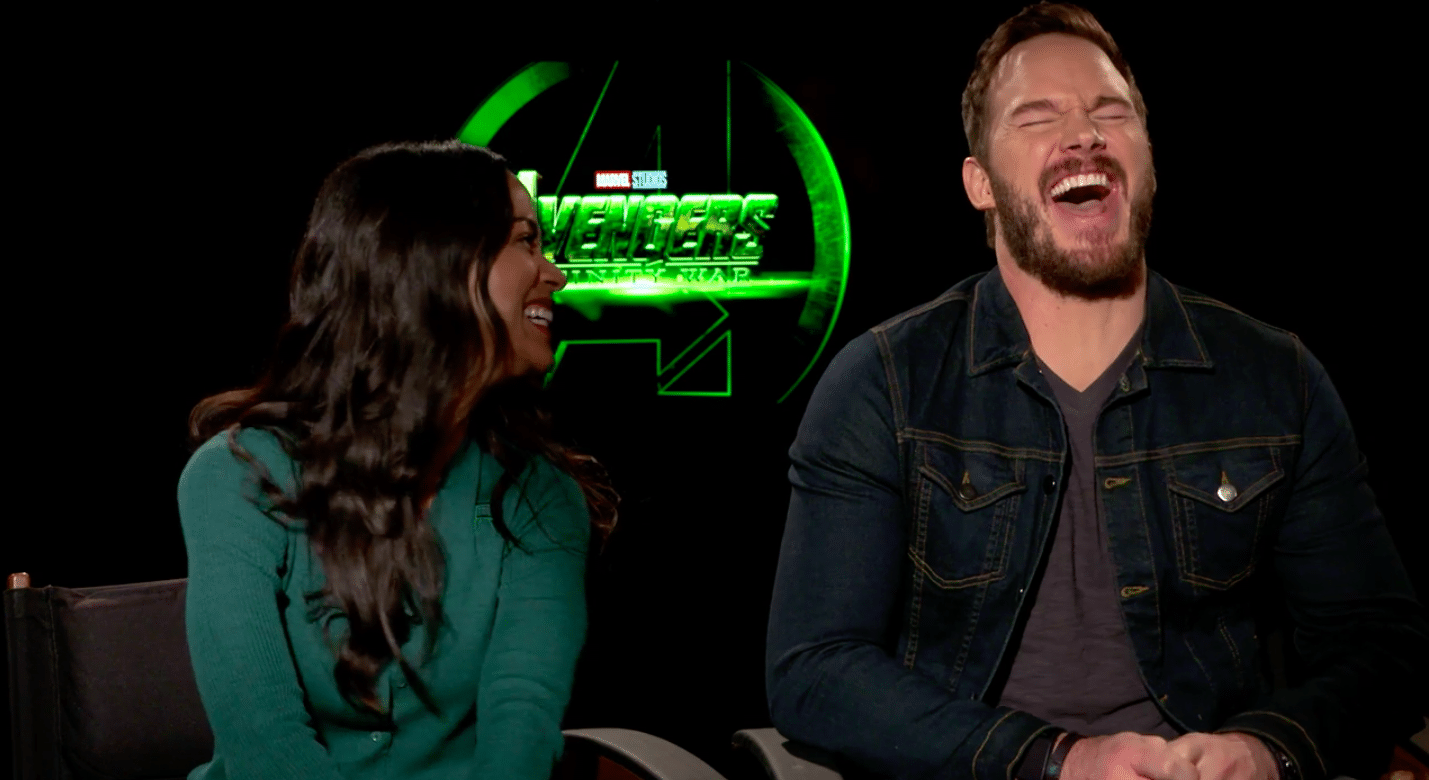 I played a super entertaining game of Marvel Movie Trivia with the Avengers: Infinity War cast for Bustle.com. But there were some pretty funny behind-the-scenes moments and outtakes I wanted to share with you guys. Thus, I made a video.

Like Chris Pratt taking a pee break right before our interview, for instance.

As I walked in to talk to Chris and Zoe Saldana, he got up and politely put his hand on my arm to let me know he’d need to step out to take a quick bathroom break. (He’s also the nicest fucking human ever.) And so, when we sat down, I couldn’t not address it. He (and his entourage, reps, etc., who I’m assuming were sitting behind the curtain right next to us) took it like champs. He even expressed his super relatable need to fart with someone right next to him. Been there and lying if you say you haven’t.

Or there’s the awkwardness of camera men telling you how to sit.

S/O to Paul Bettany for the lovely imitation of my back-and-forth adjustment (which went on much longer in person by the way).

The video also doesn’t account for the straight-up photo shoot I did between my interviews. Casual.

Check out the short vid of some fun moments with the Infinity War cast you didn’t see here:

« Playing Marvel Trivia With The ‘Avengers: Infinity War’ Cast Was Fun As Hell
‘Jersey Shore’ Cast on Sex Then Vs. Now »