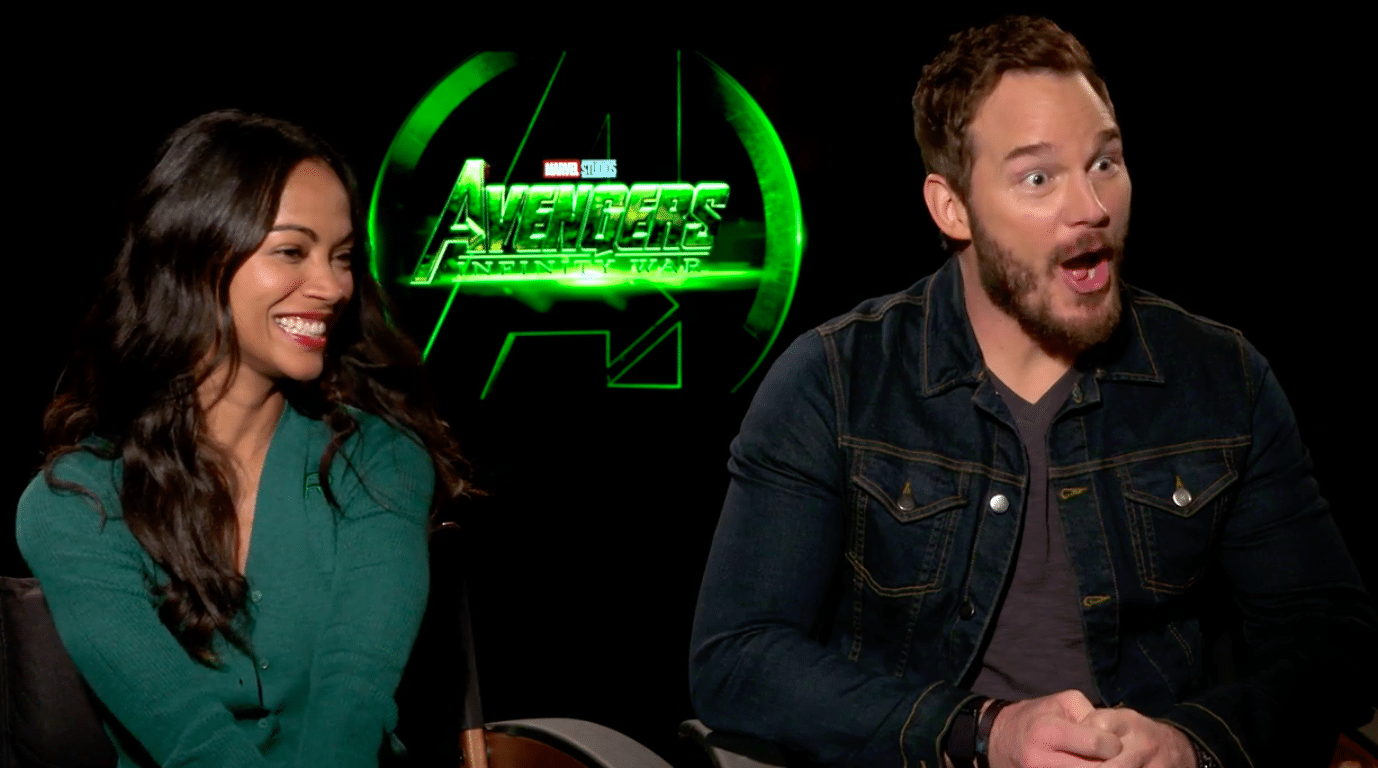 Being part of the Avengers: Infinity War press run was something I’ll never forget. Even though, spoiler alert, I’ve seen maybe two or three Marvel films (I KNOW). I knew how huge this movie was and that it would be the biggest superhero film of the last decade, if not ever. After it opened on Friday, Infinity War is already breaking all kinds of wild records, like the biggest domestic and international debut of all time.

The interview was for Bustle.com, and I played some Marvel Movie Trivia with cast members like Chris Pratt, Zoe Saldana, Dave Bautista, and Elizabeth Olsen. You can watch the full video here. And here’s a fun preview:

Marvel movie trivia with the Infinity War cast. I'm not even sure who won and I had way too much fun to care. Full vid at Bustle.com 💥💥 @prattprattpratt @zoesaldana @pom.klementieff @davebautista @elizabetholsenofficial @letitiawright @paulbettany @doncheadle

And for the road, what you didn’t see in the official interview…