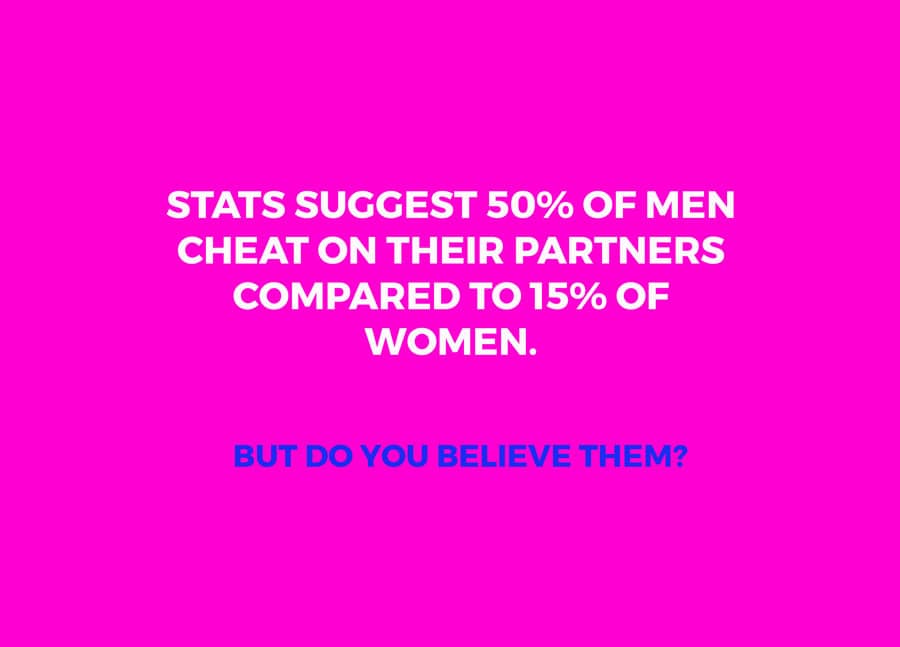 Staggering statistics report that about 50% of men cheat on their partners compared to just 15% of women. Now, we have two options:

1. We can huff and puff, believe it and point our fingers at men.
2. We can challenge it and wonder:

Do women cheat more than they let on?

I spoke with Behavior Analyst and Therapist Dr. Carmen McGuiness, who, like myself, was once caught up with a married man. (Her experience perhaps inspired her psychological romance Unintended Consequences.) She explains that men cheat for reasons such as lack of commitment, lack of intimacy, and boredom. Of course, there’s also evolution, and studies explain why men have the innate, pressing need to spread sperm (meaning their genes, legacy, and name), while women naturally fall into the “emotionally bound” caretaker role. These impulses go so far back, we may not even realize we embody them.

But I’m a woman who, although I haven’t cheated, could honestly see myself doing it one day. I knowingly feel impulses and behavior that are more often linked to men: commitment phobia, restlessness, and longing for adventure and flirtation. But men have gotten the bad rap for so many years, the saying “Why do men cheat?” is way more acceptable and casual than it should be.

Why don’t we ever ask: “Why do women cheat?”

So, quit the shit and stop judging women who cheat (and yourselves). Maybe then the stats will be a little more realistic and honest.