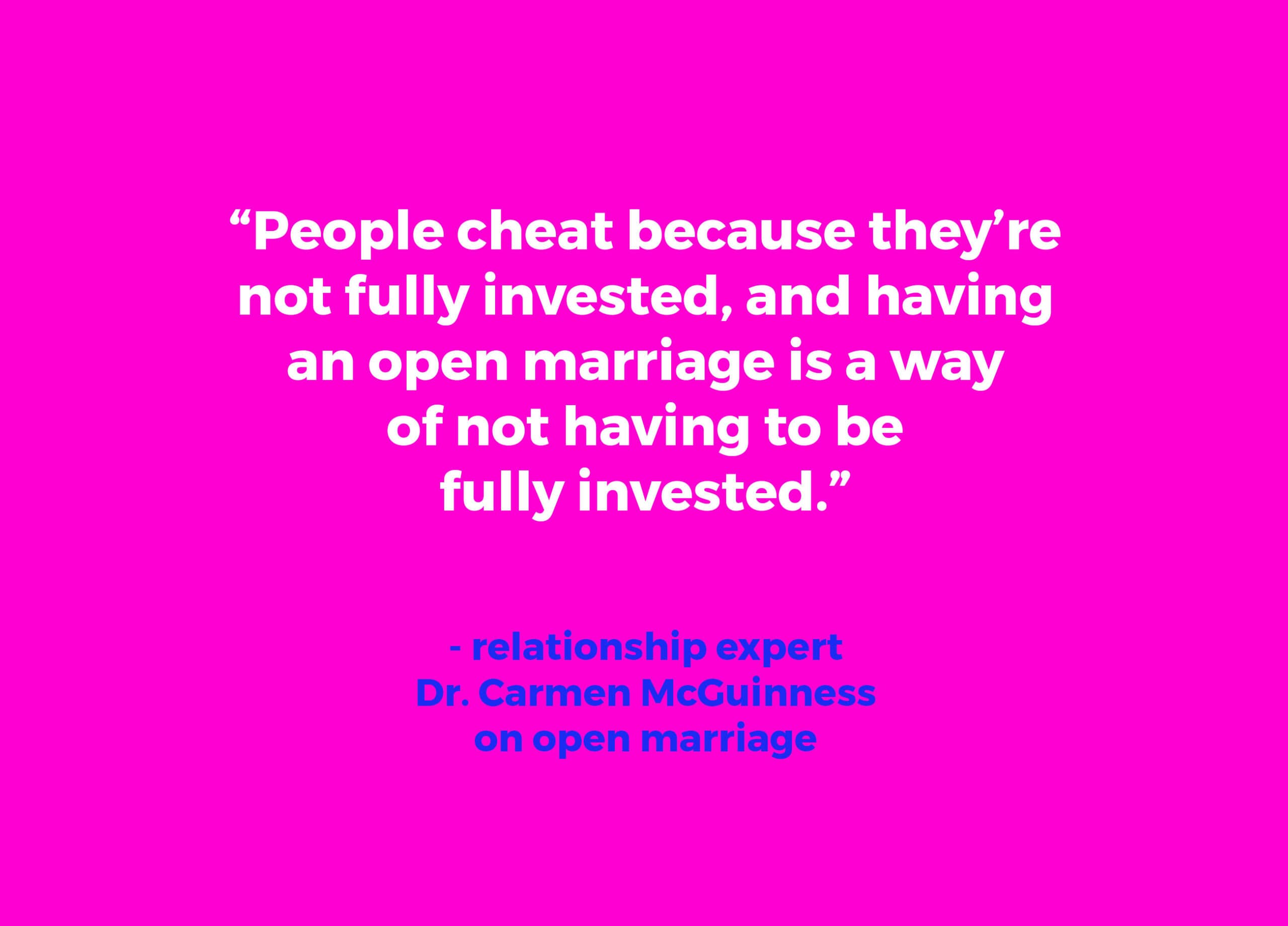 I won’t lie, my commitment-phobe ass has definitely considered open marriage. Committing to one person forever scares me and rather than run the risk of cheating, I’ve thought: Well maybe, just maybe, open marriage? I guess? Sort of? I dunno.

But I talked to a relationship expert, and she shut that shit down real quick. (I’d also chop someones balls off if my partner was seeing someone besides me, so there’s that.)

Open marriage has ideal qualities, but it seems more complicated than beneficial.

Here’s what Dr. Carmen McGuinness, relationship expert and therapist, has to say ’bout it:

“My understanding of open marriage is that it gets very unhealthy. It’s not a comfortable place for people to be. People cheat because they’re not fully invested and having an open marriage is a way of not having to be fully invested. There’s a huge loose cannon in that there’s also satisfaction in the relationship.”

It’s like a lil equation, according to Dr. McGuinness:

I haven’t talked with anyone in an open marriage, but she says taking three to tango could easily get fucked up.

“If there’s three people in this situation, there’s always that alternative, available person competing in you trying to work out your differences. That could be problematic, it all seems very shallow at that point. If we’re gonna be in a shallow relationship, we might as well not tie up someone else’s commitment. To me, it feels like one person is committed and tolerant. And one’s not committed and out roaming around.”

If it works for you, more power to you. But yeah… 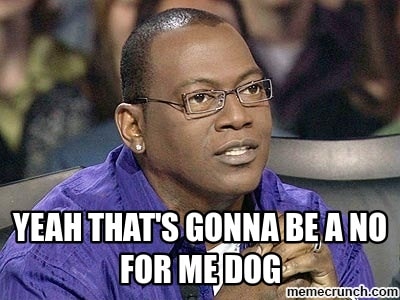