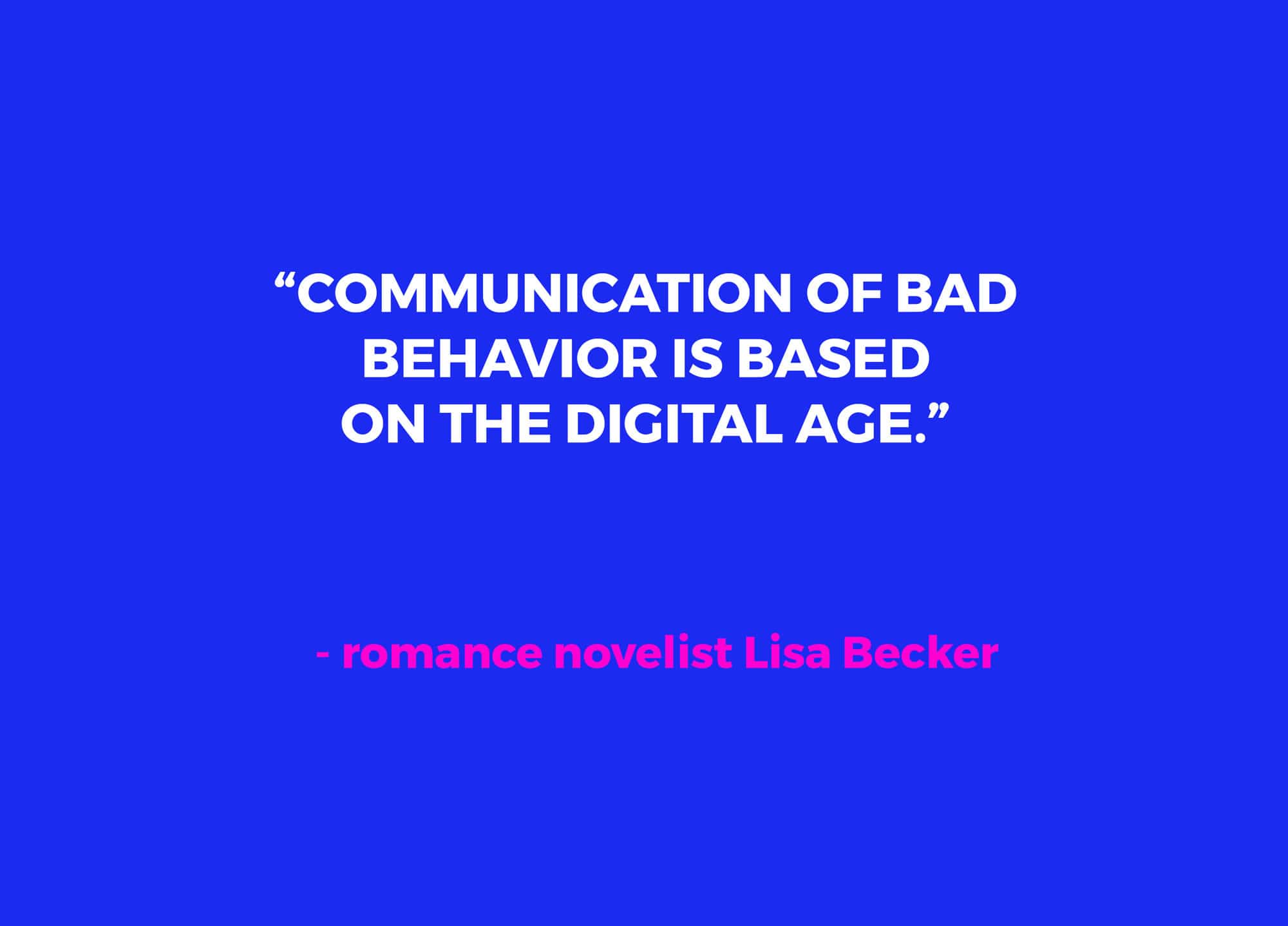 Here’s the thing: We think today’s men are the worst. But the epidemic of men failing to meet our standards is not particularly a millennial issue, even though most of us millennials think it is. The mindset is v. millennial of us. Right? Men of prior generations just seems like such standup guys compared to these fuckwits.

But women have arguably been complaining since the beginning of time.

Only these days, we have the internet to bitch about it all day long, thus, the world is more aware of how annoyed they are. (Not to mention the idea that women just naturally discuss relationships more than men do.)

This is a notion that was recently brought to my attention by my 50-something male mentor. He says women totally complained about getting stood up, led on, etc. by all the shitty men back when he was younger. I recently spoke with romance novelist Lisa Becker (who met her husband when online dating was in its infancy and wrote the book Links) to get her take on how the generations may change, but the complaints do not.

Some of her points:

Women have wondered why they’ve been led on, stood up, lured in and then dropped for a while now.

“I think bad behavior like that has probably existed well beyond the digital age. I’ve got friends, and I know personally form my own experiences… Those things have been happening throughout history, but I think we know more about it, and it’s become more apparent because it’s easy for us to share those stories online. I think the communication of the bad behavior is based on the digital age. Sometimes I think people share more because they do feel a little bit more removed.”

Shitty behavior like ghosting is nothing new — it just takes on new forms now.

“I’m sure if we go back to the Victorian days, there were men that never showed up to the house after sending a letter saying they were coming with their horse and carriage. It’s just what happens, it’s the nature of relationships. I’m not a psychologist, you have to take whatever I say with a grain of salt. Being honest and upfront is difficult… Sometimes people don’t wanna confront their own behavior because it’s hard to acknowledge that maybe you haven’t acted in the way that you should have. It’s easier to just let things fade than have a confrontation.”

“I used to work for a big PR firm… we did a study, I don’t know the exact numbers, but the gist of it is: When somebody had a positive experience, they might’ve told 10 friends. But when they had a bad experience, they told 15. We love to complain, we want to commiserate with people. We think all these things happening are new, but they’ve been happening all the time.”

Women should probably stop pointing fingers because they pull shit too.

“I‘m sure there is bad behavior on both sides. I have no doubt there are men sending inappropriate photos or pursuing then backtracking. But I’m sure there are women doing equally awful things in the name of dating.”

Some things to think about, eh? And while you’re at it…