Diana Mae Fernandez has the Beyonce effect. No, really. She’s the kind of person who leaves you feeling like your hustle is child’s play, motivating you to really show the world who the hell is boss. I thought I worked hard, and I do, but then I met Diana and had the realest reality check I’ve had in a minute.

First of all, homegirl is only 31 and she’s built an empire. Not to be cliche, but her story is truly rags-to-riches, and after I heard it I needed to tell everyone I came in contact with. Sitting down over coffee, Diana (a fellow east coast girl after my own heart) tells me how she put herself through school to get a business degree and put in her time, and then some, on Wall Street. She grew up in a non-wealthy family in the Bronx, keep in in mind.

Read: I Wrote Myself a Big-Ass Check in Hopes of Cashing it One Day

Over years of the Wall Street savagery and long hours, Diana wondered how she could take her business expertise (and trust, she’s business savvy AF) and apply it elsewhere. She watched businesses thrive and crumble over and over, and became a pro.

So she broke off and created A Doll’s Mastermind.

Now, she helps businesses avoid pitfalls and succeed. It didn’t even take 10 months for Diana to build her own $500,000 brand, smartly navigating social media tools to do so. Meanwhile, I’m sitting here wondering what the hell I’ve been doing wrong all these months.

Yes, when it comes to business, she’s quick and educated. But she puts in the legwork. She tells me how she took time to research Periscope users, for instance, to follow and engage with others and build her own channel, and how she makes time to sit down with hundreds of people (like me) a month.

Read: My Clothes Were Publicly Shamed By a Female Colleague

That is a boss.

Not to mention, she’s just cool as shit. When meeting her, I felt like I knew her forever. But don’t get me wrong, she’s intimidating. She’s smart, has it together, and clearly runs shit. Naturally, I had her take on #WeAreMore to know what’s under the lady-boss exterior. She admits it can be rough for women to thrive in business: Tough women are written off as bitches, right? 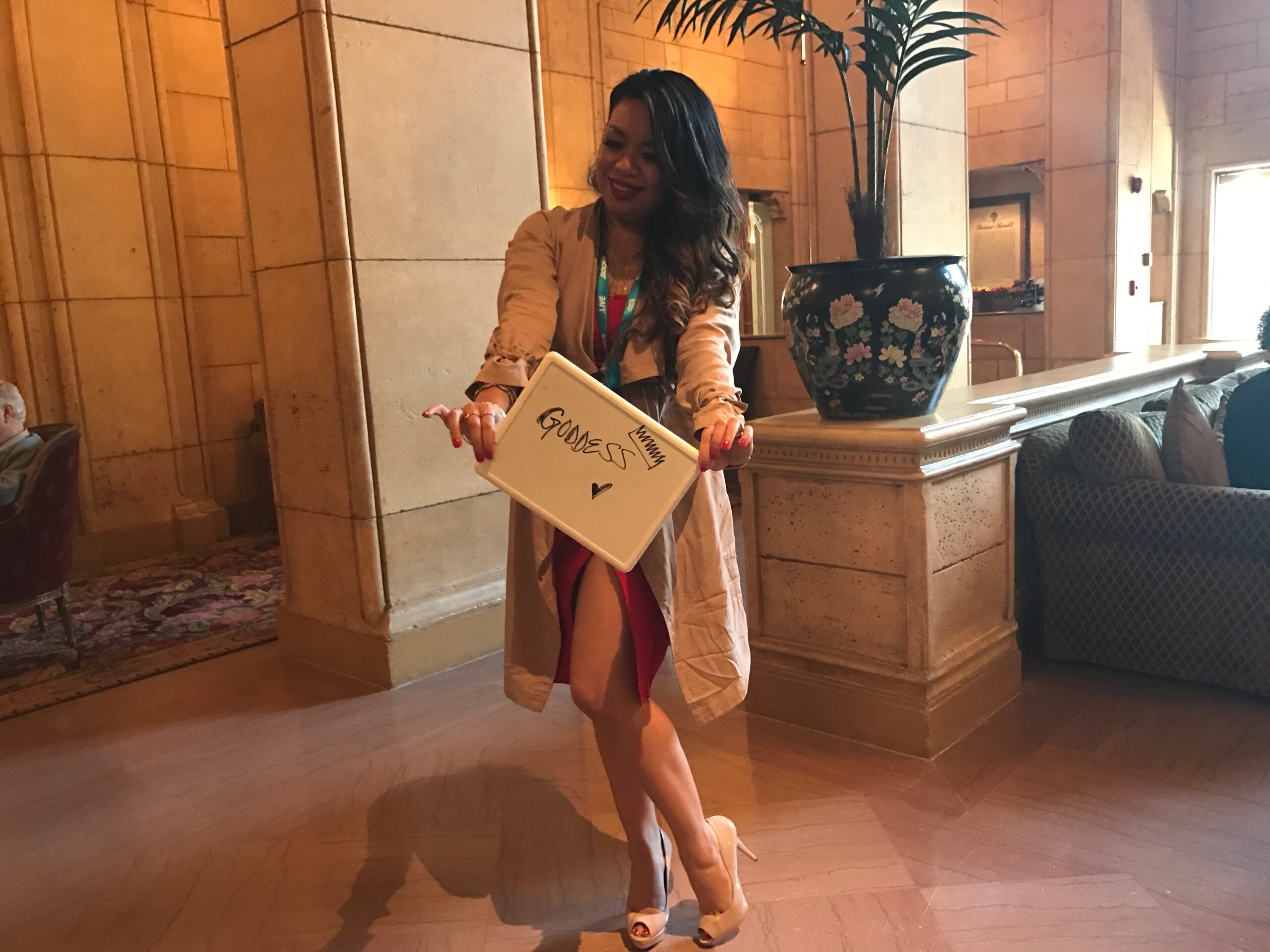 Read: You Are More Than the Surface, Prove it With #WeAreMore

But this BS only serves as motivation for women like Diana and myself to let our inner hustling goddesses thrive. That’s integrity. And I envy Diana. Driving nice cars, flying first class, living the dream. At the end of our talk I tell her: You deserve every once of success you have and I only wish you more to come.

« This Is What Red Carpets Are Really Like, Guys
Matthew Daddario on Challenges (and Beauty) of Dating »