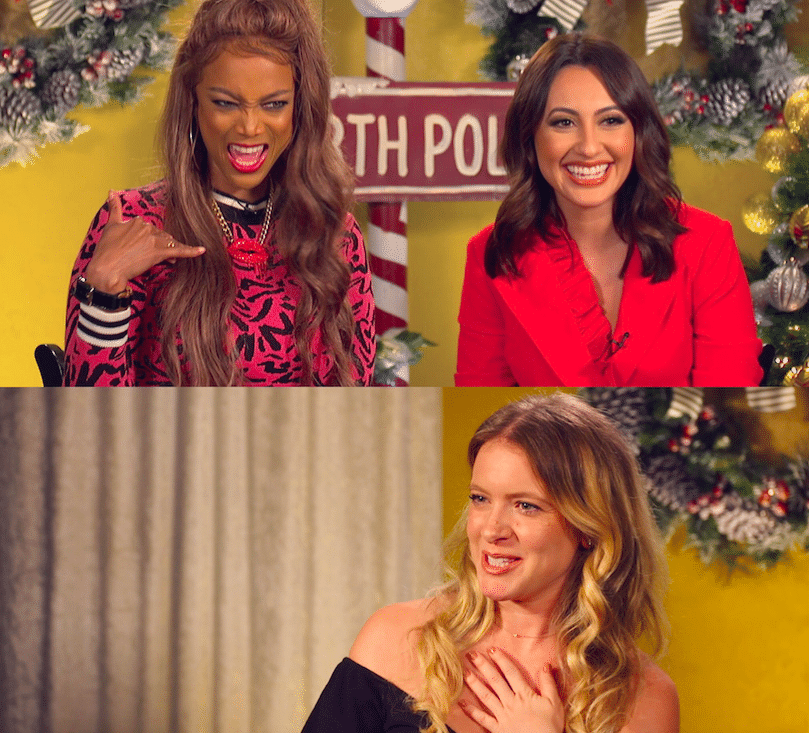 We’re constantly throwing around cliches like, “Women can do it all!,” “The future is female!,” “Female forward!”… and don’t even get me started on the significant overuse of the word “empowering.” Don’t get me wrong, I stand by what all of this implies and the message these phrases aim to spread. But because these terms are used with every chance people can get, I feel like they lose their impact. Actually walking the walk and standing in your power as a woman in the moment can be really tough, and it’s much easier said than done. (I can’t tell you how many times I’ve stressed out after the fact thinking, “I should’ve said this” or “I should’ve done that.”)

That’s why I loved this conversation with Tyra Banks and Francia Raisa.

Both recall real examples of how they’ve had to take action, in the moment, and truly back up what they say when they advocate for girl power.

For example, Tyra recalls how hard it can be stepping out of her infamous ANTM “character” to be taken seriously as a female businesswoman. Further, she talks about walking the line in the workplace of being “bitchy” and assertive. Francia, on the other hand, talks about starting out and being the only Latina at auditions, too timid to speak up when people asked her to “do that Mexican thing.” (Learning from the past, she recently spoke up about lines in Grown-ish she thought were “shaming.”)

Check it out and get inspired:

« Has Eve Ever Regretted Her Famous Boob Tattoos? She Explains…
From Oprah to Playboy: The Best of Talk To Me in 2018 »