I won’t lie to you: I felt uneasy when the shuttle dropped me off for an afternoon at Skid Row in Los Angeles two weekends ago. I found myself hyper aware of my surroundings, clutching onto my purse a little more aggressively than usual. Little did I know, after a few hours of my time there, I wouldn’t want to leave. I swear every time I attend an event that Jane the Virgin‘s Justin Baldoni is part of, I leave alive, enlightened, and strong, with eyes wide open. That is, if I’m not still crying. (I won’t even talk about my My Last Days experience because it’s v. questionable if I’m emotionally stable enough at the moment.) 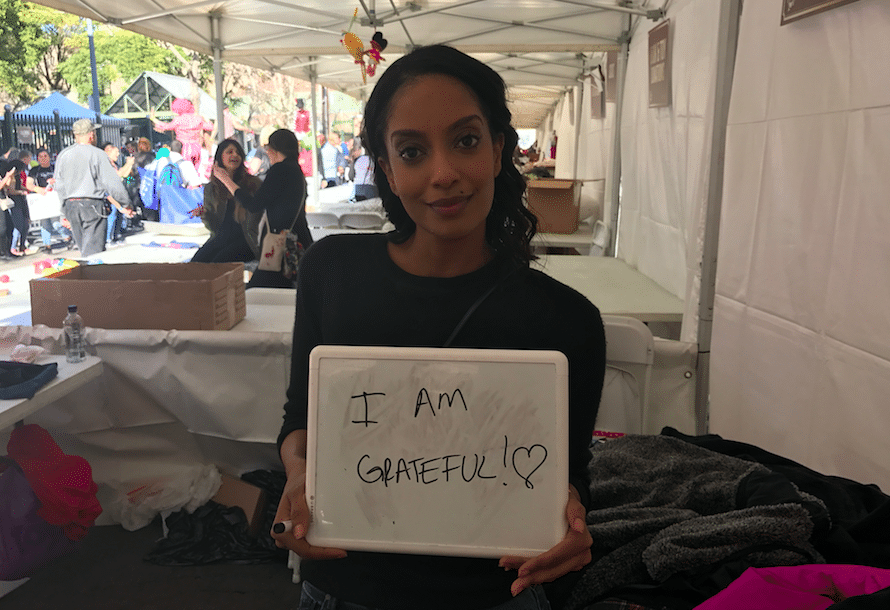 Read: How Justin Baldoni Knew His Wife Was the One

The Carnival of Love, backed by Justin’s organization Wayfarer, was nothing short of a celebration. The streets were alive with music as people—of all color, age, gender, and economic status—swayed, sweat, and danced to the contagious beat. Homeless guests held plates of food, smiled, and were treated to physical care others are fortunate enough to call their daily routine. Meanwhile, volunteers donned signs reading “Free Hugs” while others wore smiles scrubbing homeless guests’ feet. It was like there was no where else they’d rather be. If you looked closely enough, you’d spot a celeb like Gina Rodriguez or Julianne Hough in the crowd. But there was no distinction of who was who that day.

Under the hot California sun, we were all one in the same. 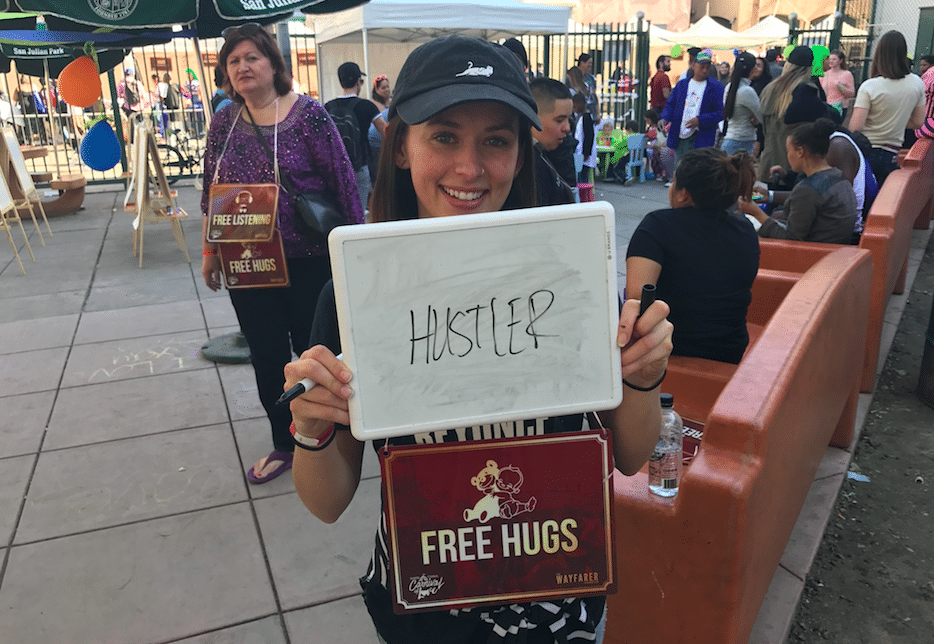 Not only have I never felt more human, but I’ve never been more proud of my #WeAreMore initiative (in which people write down one thing that defines them beyond how they look) until that day. Getting celebrities to partake has been one thing. But seeing the shining hope and joy in the peoples’ eyes who eagerly grabbed at the chance to be seen and heard shook me from the inside out. I couldn’t help it, every single time a Skid Row resident grabbed that white board and marker with such purpose and excitement, tears rolled down my face. Because they aren’t even resentful or mad about who they are or the cards life dealt them—they’re hopeful. 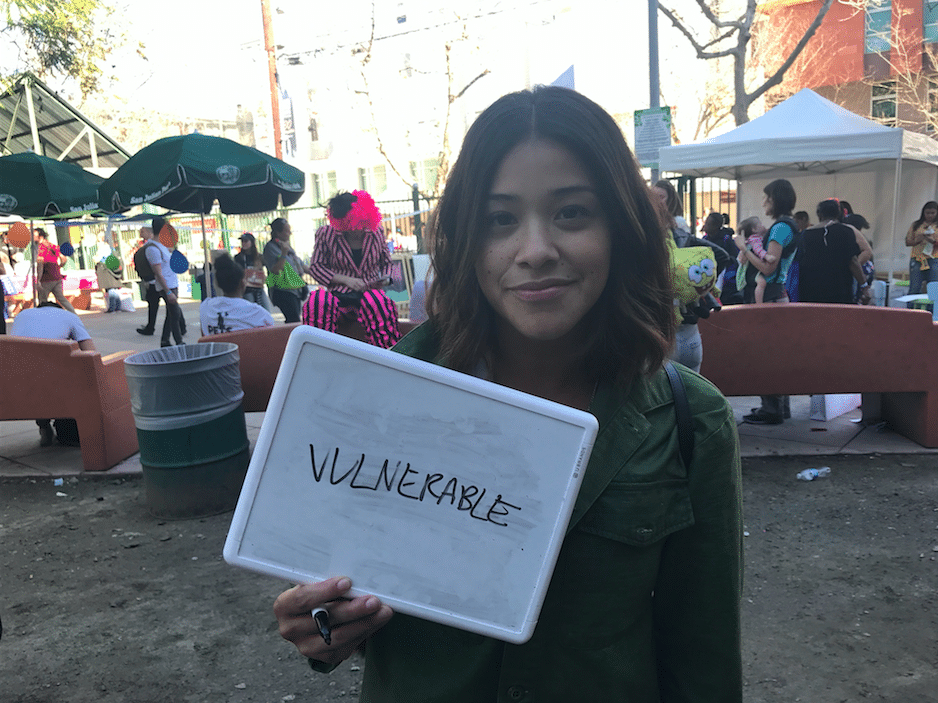 Read: Dare to Show the World Who You Really Are With #WeAreMore

The video above and photos included in it do all the talking. From Gina to Justin, volunteers to homeless, everyone proved to be more than what meets the eye. They also proved we all have voices worth hearing. Because of #WeAreMore, I saw these people as more than the “homeless” label we slap on them. I saw their individuality and shining worth. As Justin put it, these people on Skid Row aren’t anything less than the rest of us—they’re people temporarily experiencing homelessness. Now whenever I pass someone living on the street, I don’t even think twice about giving some money, or better yet, the decency of conversation we so effortlessly offer each other.

Join us by showing your worth and posting your photo describing who you really are in a word, using #WeAreMore and tagging @strippingdowncelebs.

« Here’s Why Your Relationships Ended in 2016
Demi Lovato Joined #WeAreMore, Naturally I Was Pretty Fucking Stoked »