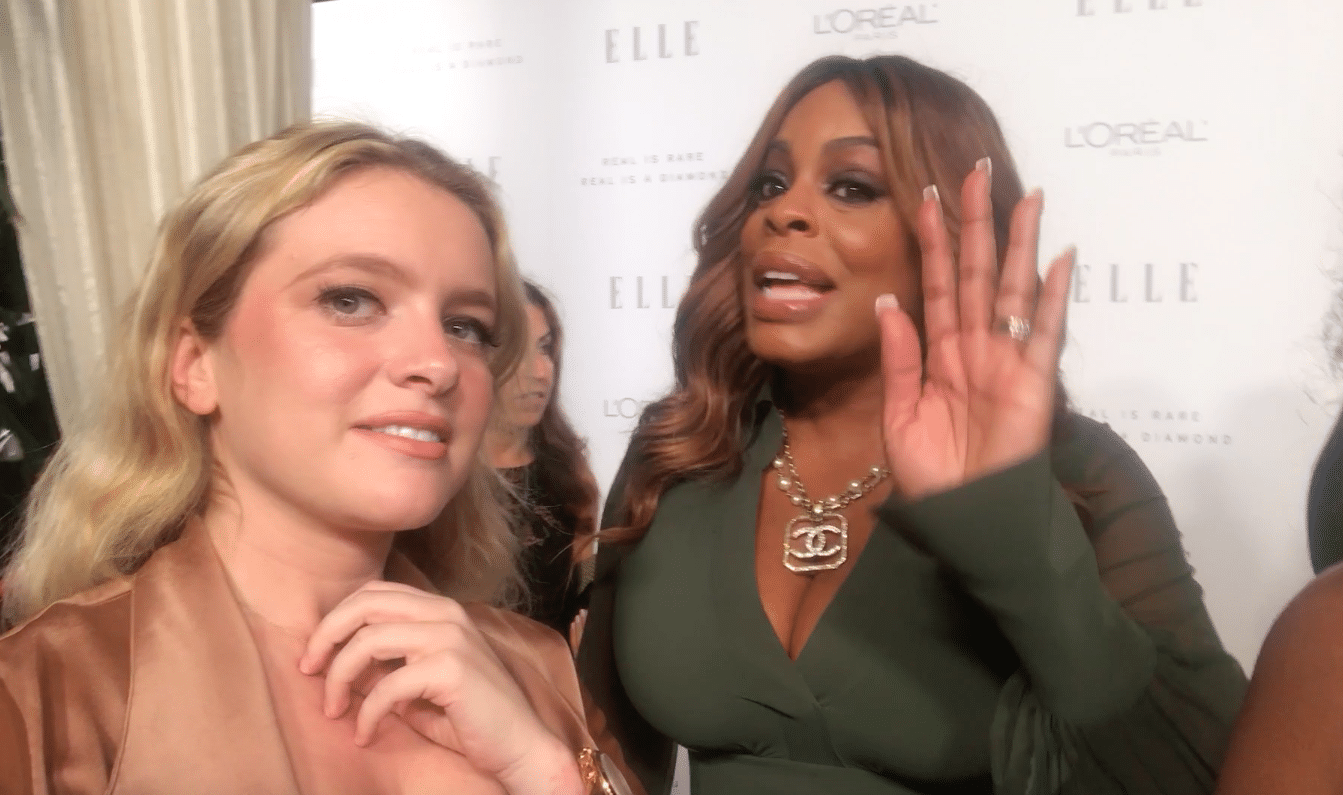 But when will people start naming more names?

So, there’s the Harvey Weinstein scandal. Needless to say, navigating this whole thing as a reporter in the smack dab center of Hollywood, on red carpets, and surrounded by A-listers, has been pretty uncomfortable. Ask any red carpet reporter out here and they’d tell you that the batch of recent carpets have provided enough anxiety to last a year. Maybe even two.

But understandably so. On the heels of the first exposé, I spent the following few carpets trying to read everyone’s temperature, and those temperatures varied. It was random. Some celebrities openly discussed sexual assault and harassment and others were so incredibly irritated that it was even brought up that they would storm off — and that’s only including the handful of few celebs who actually stopped for interviews.

You guys know discussing sexual assault, harassment, and even rape is certainly not in my wheelhouse. Especially because I have been lucky enough to not have experienced any of it thus far in my career. (Isn’t it sad to say I’m “lucky” because of that?) But I couldn’t let this moment and opportunity to discuss the issues pass me by, for one main reason:

The impact of Weinstein’s downfall in Hollywood was weighing so heavily on my mind, that it felt insensitive and odd to not address it. Talking about anything else would’ve just felt wrong.

Because, this, hopefully, is only the beginning. As an entertainment industry worker, it hits close to home and I feel a responsibility to talk about it. I know that sexual assault is a toxic, structural component of corporate America at large, and people beyond the entertainment industry are victims. But there are certain elements that feel tailored to show business, elements like “the casting couch,” being overtly objectified, and following a dream on the basis of unwanted sexual advances, that have disgustingly persisted for years.

I saw a challenge. One that was necessary.

Finally, I grew the courage to face my fear and ask celebrities about it — on camera. And while I may have been freaking the hell out before the carpet that night, it was so worth it. Talking to Niecy Nash, Lake Bell, and Karen David shined a light on how messed up Hollywood’s interworking is and really validated a few things:

I even noticed a shift in the room atmosphere that night. What was first awkward quietness and uncomfortableness during prior carpets turned into this fearless, untouchable feeling of unity. It’s so hard to describe. But it was like every person in there was ready, willing, and able to tell anyone that messed with them to fuck the hell off.

It was liberating. But…

It doesn’t stop here. I find myself somewhat irritated by people saying things like, “This is unacceptable” and “Enough is enough,” which are both true. But how are you going to make it stop? By just saying those statements when this shit is still happening behind the scenes? In my mind, there’s one way:

Toppling this fuckery by bringing down man after man, predator after predator. That would be a revolution. But the uncertainty of that happening (and the daunting certainty of this persisting) is what’s scary about Hollywood. Everyone has someone to protect, mostly themselves. Notice how other celebs have come forward, but few have named specific people. I asked these women if the successful household names like the Angelinas and Gwyneths have a responsibility to continue coming forward. I get that young actresses have everything to lose and may feel unsure and scared (another sad truth), but these women don’t have to. At this point in their careers, is it wrong if they don’t speak up to create the domino effect taht would help so many under them who need their help?

What you do think?