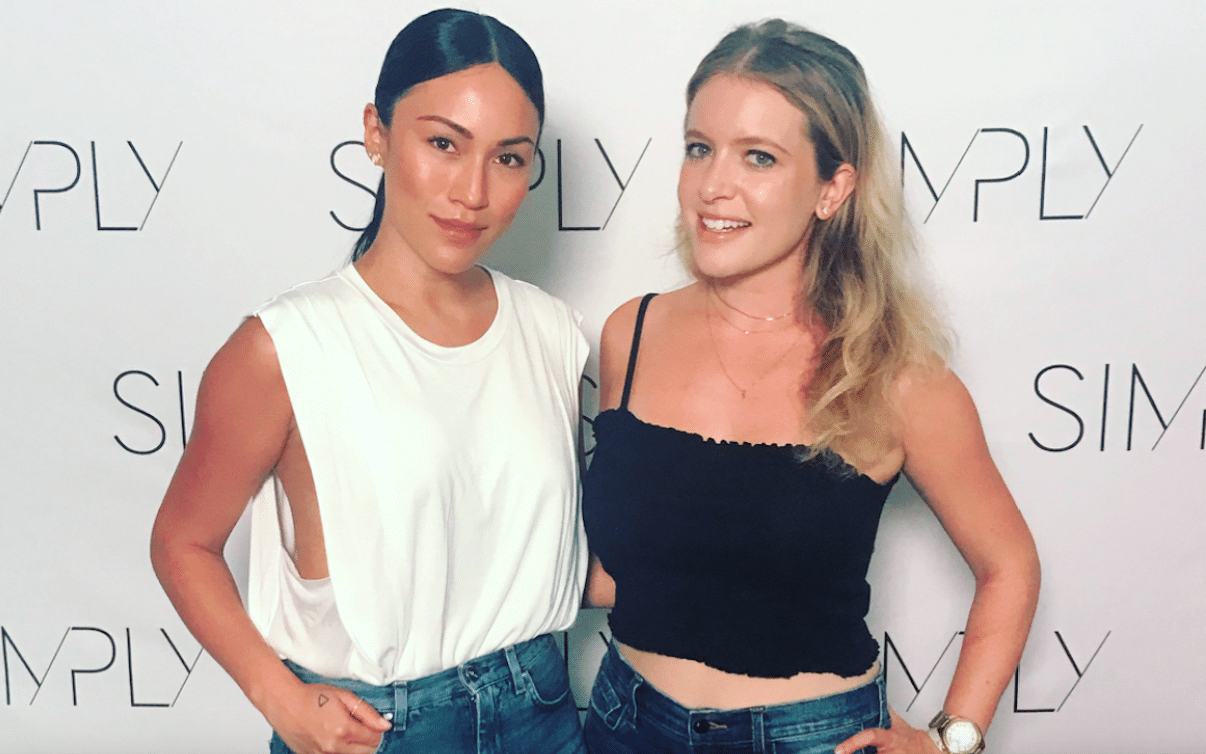 I met Stephanie Shepherd the other day. It wasn’t the conversation I was expecting.

Here I was, speaking with Kim Kardashian‘s famed ex-assistant, with 1 million Instagram followers, high-end brand partnerships, sleek, gorgeous photos, and the world at her feet. I, on the other hand, was feeling at the peak of my recent hot mess-capades, grudgingly getting back into the swing after taking a long internet hiatus, questioning everything, and trying to figure my shit out. Our worlds couldn’t have seemed more different. Little did I know, our worlds, in a lot of ways, were very much alike.

Just days before our encounter, Steph made headlines for clearing up her rumored “feud” with Kim Kardashian, after leaving her job as Kim’s assistant last year (which she did for about five years). Then we met at Simply LA, a conference for digital marketers and influencers, where Steph was on a panel to motivate, teach, and inspire young, hopeful entrepreneurs. I thought to myself: Damn. This girl really must have it all figured out. And while I completely respect Steph’s past — because let’s face it, that seems like a hard fucking job — I found myself becoming less interested in her ties with Kim and more intrigued by the fact that her words were beginning to speak to my goddamn soul.

One thing led to the next and Steph and I bonded over how much we actually don’t have our shit together.

It started when I asked Steph about her future plans and she was suddenly stuck, and honestly, a little frazzled at the thought. She tells me she had no clue what her plans would be when she left Kim, whose life was totally intertwined with hers for so long. But she had to really remove herself from Kim, her job, and everything she knew to get even the smallest bit of clarity. (“I needed to figure out what the fuck I wanted to do in my life!” she admits.) So once she left her job, she wanted to give herself time off to really evaluate what she wanted to do next.

Hi, IG! I know I disappeared for a bit. These last few months have been some of the toughest of my life — challenging me personally, professionally, spiritually, you name it. As I try and get my footing, I'm taking it day by day and staying positive, keeping in mind that times like these have purpose we may not even see and lead to growth. And today's #simplyLA came at the perfect time. Had so many inspiring conversations (more to come!) with driven women, ironically, about the fact that IT'S OK to not have your shit figured out. Made me feel so much less alone. Trust the process…. ✨

She gave herself three months. At first.

But as she explains, three months was barely enough time to breath and assess. This is a hurdle so many people I know (myself included) are facing — especially right now. (I tell Steph I’ve been taking a step back and evaluating for about two months and she laughs, “That’s nothing babe! You’re very much still in the middle.”) We’re always so anxious to hop to the next thing immediately, like there’s some sort of ticking clock lingering over us that just won’t quit. We jump right back into what we know, what’s safe, what’s available. We have bills to pay, right?

The unknown, while exciting, is also goddamn terrifying.

She continues to explain that the anxiety of figuring out what’s next, what you might like, might not like, ironically, keeps you in your own head and prevents you from really exploring and figuring it out. Falling out of that cycle, as Steph explains, takes time. Real time. Eventually, accepting and settling into the unknown leads to what she calls a little “glow,” or something you may want to give a stab at. “Once you let go and give into the process of it, it’s a freeing feeling and you’re like, ‘Oh my god, I actually have more control over this than I thought,'” she tells me. It’s a hard pill to swallow (especially for driven control freaks like me). But…

Letting the universe take over is possibly the most empowering thing you can actually do.

But here’s where we fuck up: THAT next thing isn’t necessarily THE thing — a conclusion we’re quick to jump to. She jokes that she’s tried about 20 different ventures since leaving her job with Kim and that she’s still very much a work in progress. Now, it’s nearly been a year for Steph, and she admits her path is still constantly changing. “It’s almost been a year now. And I still am just diving into doing things on my own. I’m still figuring it out,” she says.

I thrive at music festivals 🤘🏼

Embracing this unexpected commonality we’ve found in one another, Steph hugs me and whole-heartedly offers some last words: “Check one thing off the list… It’s all fuckin’ trial and error, dude.”

If Stephanie Shepherd, a smart woman who’s tirelessly hustled and held the job millions would kill for, is still figuring life out — cut yourself some slack. Further, do yourself a favor if you’re unsure of where you’re at: Take the time, try it all. We’re so afraid of time working against us. But what good is time if it’s spent doing something we’re complacent in? And by the way, feeling lost doesn’t make you weak. Accepting it and having the balls to do something about it makes you a badass.

Eventually, Steph and I have to part ways. She reunites with her mom, who’s by her side for the day (also the mood) as her wingwoman and confidante. A bit vulnerable, she admits to us that she’s nervous to speak, joking that she hopes the audience actually finds her funny for once. She swiftly puts on her fabulous sunglasses, leads the way to the stage, and keeps it moving. Because after all, this is all still new to her, but she won’t know if she doesn’t try.